Half-Life: Alyx is probably one of the best VR games that have ever been made in the last decade! It tells the story of a war between humans and aliens; with a clever storyline and an incredible game experience filled with incredibly realistic details, Half-Life: Alyx is definitely the favorite VR game of many VR gamers all around the world.

Let's strap your WalkOVR on, and have the ultimate Half-Life: Alyx experience!

View on Steam
Buy Trio
Only for $179
Have Questions?E-Mail Address: support@walkovr.com Best VR Games You Should Buy On Steam Autumn Sale 2022 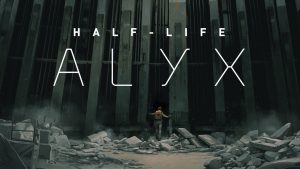