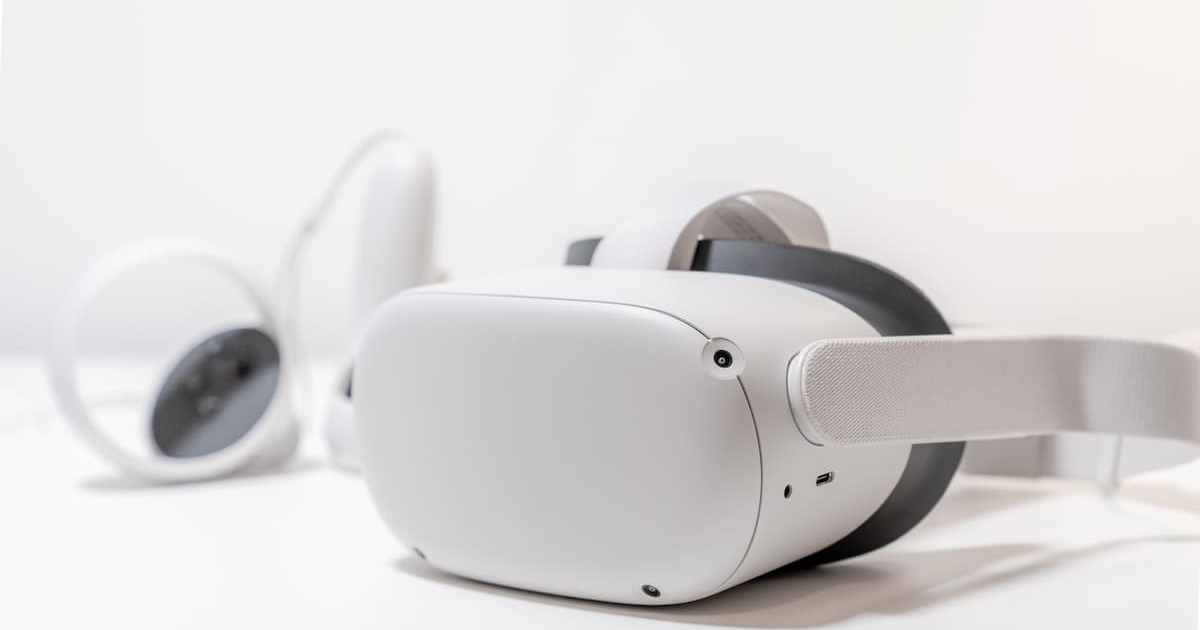 It is an undeniable fact that the VR gaming industry has come a long way since the beginning, and it continues to grow every single day in an unstoppable way. Especially in the last decade, VR technology has developed so much that even people who don’t like PC or VR gaming somehow heard about the virtual reality world and games, thanks to the popularity of Oculus Quest 2. It has been one of the most well-known VR headsets and according to many VR gamers, it is the best headset when its quality and high price-performance ratio are considered.

There are definitely many advantages of using an Oculus Quest 2 headset, but one should keep in mind that it is a standalone headset, meaning that in the default state, you can only download the games directly to the headset itself and play the games that are in the Oculus library. Even though that’s the case, there are also several ways to play PCVR games on Oculus Quest 2. In this article, we will be telling you about the three different ways of playing SteamVR games on Oculus Quest 2. Enjoy!

Oculus Link is the first option for those who want to play their SteamVR games on Oculus Quest 2. It is basically a cable that connects the Oculus Quest 2 to the PC and lets gamers enjoy their SteamVR games on the headset. Naturally, the PC needs to be VR-ready; which means there are some technical recommendations for the PC that is used to play VR games. You can check the specifications here on the official page of Oculus Link Cable.
After checking the specifications and making sure that the technical specifications of your PC are adequate, you are ready to continue. Firstly, you should download the Oculus software to your PC and install it according to the instructions. And next, to be able to play SteamVR games, you need to do a SteamVR install, which is totally free.

Now, you can connect the Quest 2 headset to your PC with Oculus Link Cable. When you see the screen of the PC through your headset, you should launch the SteamVR app from your Steam library. You will be able to see your VR games, and you are ready to dive in! 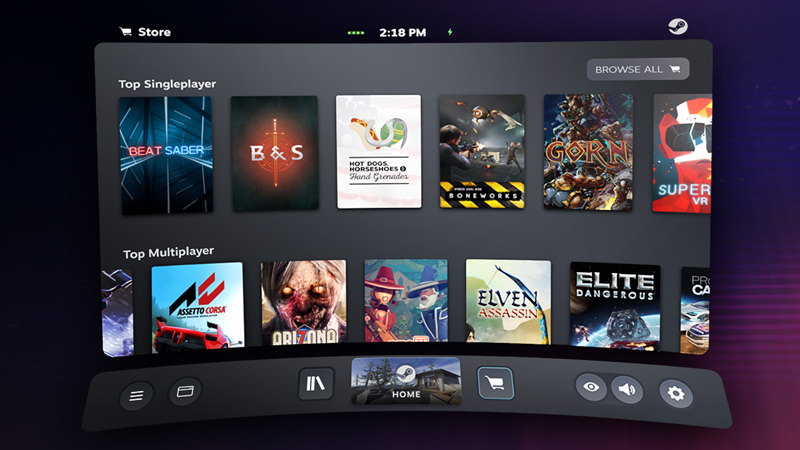 Oculus Link cable may not be the best solution to play SteamVR games since it doesn't give much freedom to move, but the biggest advantage is that the headset will be charged while playing the games and this allows you to play games without the low battery notification. It is definitely an option to be considered.

After the Oculus Link cable, Oculus has launched this new feature, Oculus Air Link, for users to enjoy the VR games wirelessly! Oculus Air Link works with only the WiFi connection and this gives you a chance to move freely without worrying about the cable. It is definitely much more convenient than the Oculus Link cable if you have a strong WiFi connection. It is recommended that you connect the router directly to the computer with an ethernet cable to improve your WiFi performance.

After then, you should do the same process on the screen inside the headset, by following “Settings > Experimental Features > Air Link” to activate the feature. Then in the Quick Actions section, you should be seeing the Oculus Air Link and you can launch it. After you are connected to your PC, you can enjoy your SteamVR games on your Oculus Quest 2!

After you install them all, you should open the Virtual Desktop app on your PC and write your Oculus user name, as it is shown below. 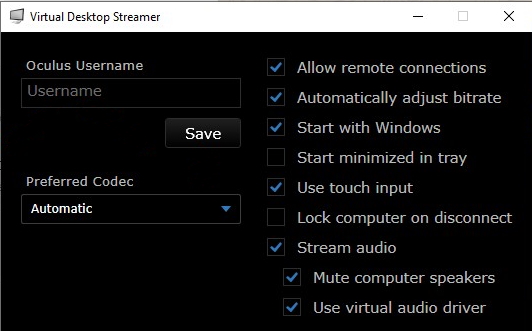 Now, you can put your headset on, and on your headset screen, you should find Virtual Desktop and make sure you are connected to your PC. You can switch to the desktop, select any game that you’d like to play in SteamVR and you are finally ready to enjoy your VR games!

As you may see, it is important to know how to connect Oculus Quest 2 to Steam VR and there are three main ways to do it. We hope that the article helps you to enjoy your Steam VR games!

Are you also looking for a way to increase your immersion in your PCVR games? Check out different options of WalkOVR products!